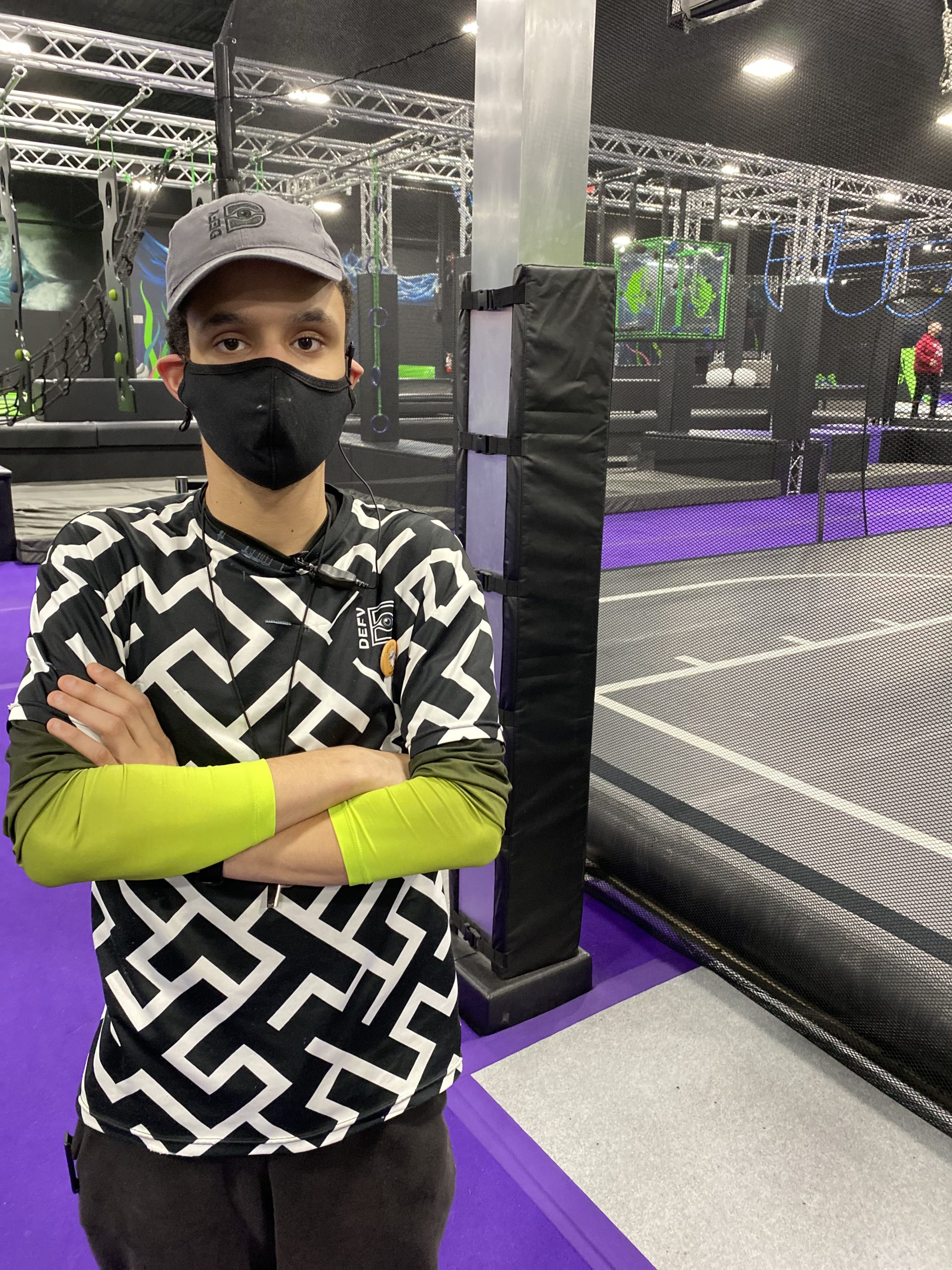 Donte is a recent School to Work student who came to Vadis in search of his first job. In January 2020, Donte was hired at Defy Indoor Sports Complex in Silverdale. In addition to trampolines, Defy offers a Ninja obstacle course, foam pits, extreme dodge ball and a stunt fall feature. It is bursting at the seams with activity, music, and jumbo monitors! Truly, a dream first job for a young adult!

When Covid-19 hit, Defy was forced to close their doors to comply with mandates.  Donte was temporarily out of work with no certainty about when he might return.  Undeterred, Donte informed his Employment Consultant he would like to find another job to keep working until Defy re-opened.  A few months later, he began working at Albertson’s in Port Orchard, primarily disinfecting touch points throughout the store.

When Defy reopened, they were excited to have Donte come back to work.  Donte, too, was also thrilled to be going back.  He kept on working at Albertson’s, managing both jobs and work schedules. Ultimately, he decided to leave Albertson’s and focus on Defy. Since then, he has taken on additional responsibilities including working in the café and training new.

Defy has since offered two additional Vadis clients positions at their Silverdale location.

View a Testimonial from Donte’s Employer