To engage Rotarians to hire people with disabilities through their networks.

Rotarians can open doors! Partners for Work (PFW) has been a Rotary District 5030 project since 2008. Rotarians from our district have made connections with businesses that have led to over 140 jobs for adults with intellectual/developmental Disabilites.

People with disabilities are skilled and capable of working in a variety of jobs in our community yet experience a high rate of unemployment. This is due to their challenge in identifying opportunities and other initial barriers to employment.

Rotarians are often the top people in their companies and play a key networking and leadership role in helping open the door towards paid employment.

Rotarians can play a key networking and leadership role in helping open the door towards employment. This is often as simple as contacting Debbie with an introduction to their own company or that of a colleague.

At the Rotary District Conference in April of 2019, PFW was renewed with unanimous support from the clubs within District 5030 as a District-level Rotary Project. This 3-year renewal affords PFW a featured seat as a District-level priority. As a result of receiving unanimous support for renewal, we are officially involved in over half of the Rotary clubs in the District.

For the past three years, PFW has been selected as the recipient of their fundraiser, Happy Hour for the Good. Their Rotary Club has been a partner with us for five years and are strong advocates for our mission. This is an evening of food, jazz on the dock, networking, and a brief presentation about PFW. Attendees have included Rotarian ambassadors, Advisory Committee members, Greeters and individuals that have secured employment. One year, we presented a new hire with his first paycheck, an exciting and impactful event. Each year this event has brought in approximately $2,000 to our project, as well as many new Rotarian connections.

Hear from the Rotarians

Twenty-one Rotary clubs have hired greeters through PFW. These year-long “working interviews” are opportunities for transition students to improve work skills, expand their work experience, and earn a paycheck while networking with business people on a weekly basis.

The PFW greeter can assume many of the duties of club members, such as setting up the room or checking in members at the door. Each club chooses the tasks that are most useful.  One of the most exciting outcomes is when a Greeter lands a paid job directly through one of its members. Such an outcome was realized for Sydney, an Issaquah School District Transition student who went from Issaquah Rotary Club Greeter to Sammamish YMCA.

Rotarians can offer an exceptional experience for Transition students through mock interviews. As business representatives, we can provide an actual interview exercise where students can share their resume, experiences and skills. Rotarians provide students with feedback on their marketable skills and dependable strengths, as well as assess their interview technique. This information is invaluable to students and teachers as they develop their career portfolios in preparation of exiting the school system. Each student will leave with a certificate of completion after being introduced to the club from a Rotarian that interviewed them. 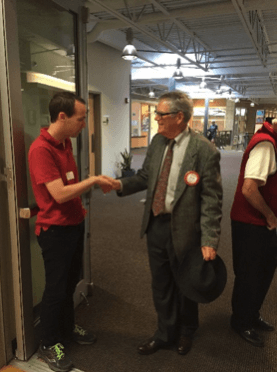 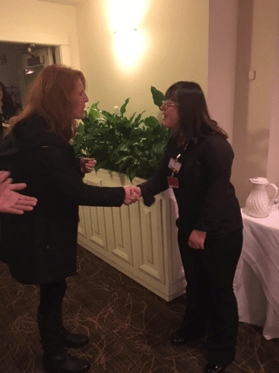 Check out our Partners for Work flyer,